I lost my friend Mats Mirick this month. He was one of those guys that had an edge that you just could not get a grip on. Apparently he was fighting the good fight for a long time with demons that we all could not see and lost the battle earlier this May. It is so tragic because he truly was larger then life and always the center of attention when I hung out with him. I spent at least a few days every Fall over the last several years standing in the river and campfire next to Mats. He was going to Medical School in a year and follow in the footsteps of his father and become an Emergency Room Physician. The world will not be the same without him. 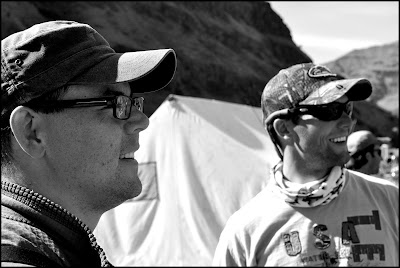 I will always remember you brother and those cold Fall days we spent fishing and talking shit to each other. Driving by the Meat Hole will never be the same without seeing you and the boys down there. 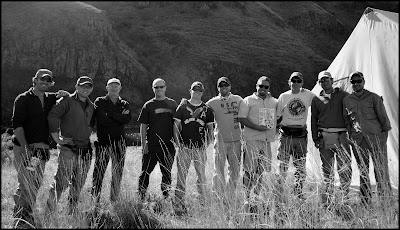 I was not able to make the Sandy River Spey Clave this year so I thought I would post Brian's thoughts on this years event. It sounds like I missed out.........

anyone in attendance this past weekend have anything to share that caught their eye in particular? these two rods left a pretty good impression on me-

-did anyone else happen to cast the vision cult 7134? this stick, when compared with a couple other "7's", just really surprised me. it was lined with a vision ace scandi head, pretty comparable to a compact scandi or steelhead scandi. ive fished vision's ace heads for several years now, but have never thrown any of their rods. the best way i can describe this stick is a smoooooooth progressive taper that although the Euros might call a "slower action", (I would still save that title for the Echo DH or the CND Black Spey) it came across as more of a medium fast with a quick recovery. so picture great feel in your hands with a recovery that just WANTS to throw darts. and at around $500, how could you NOT consider it??

-well, bamboo has finally meshed with graphite...literally...i wasnt sure what to think about this at first when Bob Clay showed me his graphite ferruled cane rod, but it didnt take long to see why he decided to experiment with this idea. the rod of topic was an 11' (i think it was a 6 or a 7), lined with a beulah elixir (which i have long thought of as a badass scandi line). my comparison would be to the Dean's Kispiox 12' 7/8, 5 sided spliced ferrule that ive been fishing for over a year now. does it still feel like grass? absolutely. but the recovery felt different, crispier. regardless, he's managed to add more depth but still retain the classic feel of grass in a "modern" cane rod designed to throw shooting heads.

lastly, i think there should be something said about not only the build of a rod, but the customer service from the manufacturer. recently, i had the unfortunate experience of having to send a rod back to Bob for a small repair. not only was i impressed by the prompt personal communication in this matter, but the repair turnaround time was quick, the rod was "serviced" while in house with a few small "upgrades" to the durability of the rod AND as i was made aware by Bob at the clave, he created an extra mid section so as to speed up the process even more the NEXT time the rod has to get sent back to him! these are the small matters that really set things apart for me, not only in this small niche of fishing, but as a whole in life. and you can bet that ill share this with both those interested and who could give a damn about it. either way, Riverwatch Rods gets my vote for a great product all the way through. :thumb:

aside from these two sticks, there were many other rods and lines that were casted, wiggled, waggled, cringed and drooled at, but at least this year, these stuck out (to me). the food was incredible, the stories hilarious and the energy contagious. thanks again to The Fly Fishing Shop for doing another great job and giving us all a reason to geek out, tell lies with old (and new) friends and eat more than we do at a company holiday party. ive officially gained my holiday weight back in one weekend. damn that crazy donkey.

it always amazes me though, with as many two handed rods that are present at this event, how much attention a 9' 5wt gets... :)

Brian Chou
Posted by Steelie Mike at 12:11 AM No comments: